In 1868, when professional journalist, Jan Cunningham Croly, was covering a dinner at an all-male Press Club honoring Charles Dickens and was told women were not welcomed.  She formed a “Sorosis” (Greek meaning- to gather together) for women. Twenty-one years later, that club joined members of similar clubs in 19 states to form the General Federation of Women’s Clubs (GFWC).

The Antioch Women’s Club is a proud part of the GFWC, an International organization of community-based volunteer Woman’s clubs dedicated to community service.

Over the years, the AWC has done charitable work with organizations such as: 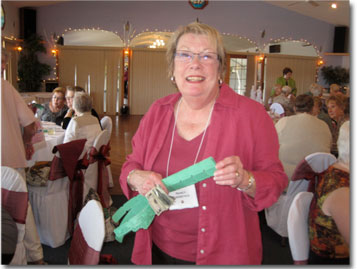 The AWC also supports community efforts and programs through several fund raising. activities throughout the year including: